Sally Spencer-Thomas – 2-Day Comprehensive Suicide Risk Assessment & Intervention: Work with Clients with Compassion and Confidence is digital courses, ebook, audio, not physical DVD CD ,.. You will recieve download links via Email and “Download” sector on Your Account. For check the screenshot or one module Demo, just leave a msg at “Contact Us“. 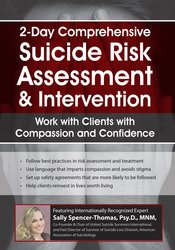 Prepare to do suicide work with compassion and confidence

Evaluate the latest developments and their impact on assessment and intervention

Determine where to enter the prevention stream, and how to navigate successfully

Help clients reinvest in a life worth living 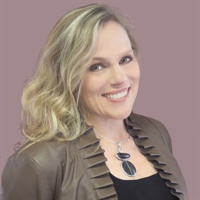 Dr. Spencer-Thomas has a Doctorate in clinical psychology from the University of Denver, a Masters in non-profit management from Regis University, and a bachelor’s in psychology and studio art with a minor in economics from Bowdoin College. She has written four books on mental health and violence prevention.

Non-financial: Sally Spencer-Thomas has no relevant non-financial relationship to disclose.