John Ludgate – CBT: Cognitive Behavioral Therapy Techniques for Everyday Clinical Practice is digital courses, ebook, audio, not physical DVD CD ,.. You will recieve download links via Email and “Download” sector on Your Account. For check the screenshot or one module Demo, just leave a msg at “Contact Us“. 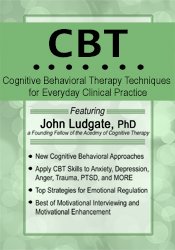 In a few short hours, you can easily solve the age-old question of finding practical ways to integrate evidence based therapies into everyday clinical practice with clients.

Join expert John Ludgate, Ph.D., for a workshop chock-full of practical Cognitive Behavioral Therapy techniques, focusing on how to treat clients by challenging and replacing automatic negative thoughts, core beliefs and self-defeating behaviors. Case studies, interactive discussions, role plays, handouts and worksheets will be utilized in this enjoyable seminar that features cutting-edge skills to improve and enhance your understanding of CBT — and help your clients live more enjoyable and worthwhile lives. 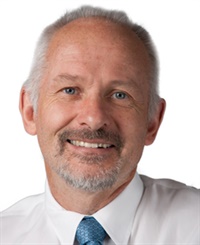 John Ludgate, Ph.D., is a licensed clinical psychologist who has worked as a psychotherapist for almost 30 years. He is a Founding Fellow of the Academy of Cognitive Therapy. His practice, which involves work in both a private practice and in an outpatient psychiatric center, consists largely of treating clients referred with mood problems and/or anxiety conditions. He is currently working at the Cognitive-Behavioral Therapy Center of Western North Carolina in Asheville, North Carolina.

In the early 1990’s, Dr. Ludgate was a research clinical psychologist at the University of Oxford in England and served as cognitive therapist in several outcome studies of panic disorder, agoraphobia, social phobia and hypochondriasis. He authored Cognitive Behavioral Therapy and Relapse Prevention for Depression and Anxiety (Professional Resources Press, 2009) and was co-editor with Wright, Thase and Beck of Cognitive Therapy with Inpatients: Developing a Cognitive Milieu (Guilford Press, 1993). His other books include Overcoming Compassion Fatigue (PESI, 2014 co-authored with Martha Teater and The CBT Couples Toolbox (PESI, 2018). He has written numerous journal articles and book chapters in the field of Cognitive Behavior Therapy for Anxiety and Depression. He has presented many seminars and workshops on cognitive behavioral approaches, both nationally and internationally.

Non-financial: John Ludgate has no relevant non-financial relationship to disclose.